A downloadable project for Windows, macOS, and Linux

A simulation where you are able to watch evolution happen before your very eyes!

Each bibite (the small critters you see on the screen) starts off with an empty brain (they do nothing) and pretty basic genes (they all look alike).

Through random mutations, one can be spawned with a brain connection that will link two neurons and might trigger a behavior, like going forward, which will allow them to eat food, and then reproduce with the energy gained.

You have reproduction, mutations, and natural selection, which leads to ...

With time, this develops into complex behaviors, like following pheromone trails to hunt other bibites, or stockpiling food in a specific area of the map.

The simulation is also interactive, allowing you to YEET bibites and pellets around. You can selectively kill bibites, feed them, force the laying of eggs, and so much more.

It's also highly customizable, allowing you to test a nearly infinite number of scenarios. How will they evolve if there is no drag (no friction)? What about if moving is extremely energy-costly?
It's your job to test it all, I sure can't do it by myself.

I'LL STATE CLEARLY THAT THIS IS THE REGULAR VERSION. I TRIED TO DISABLE "name your own price" AND SET IT TO 0.00$ BUT IT DON'T SEEM TO WORK...
I ENCOURAGE YOU TO DOWNLOAD THIS FOR FREE, ONLY PAY SOMETHING IF YOU WANT TO THROW MONEY AT ME FOR NO OTHER REASON THAN TO SUPPORT THIS PROJECT.

The best way to do so is to subscribe to my Patreon to provide me with reliable support and have access to the alpha updates as I develop them:

Become a Patron to get alpha updates!

There seems to be an issue with some Linux users. If the game displays issues, add the "-force-vulkan" command line parameter when launching the game.

Apple needs you to run any app from the Application folder. So make sure that's where you extract the .app folder.

After trying it out, please give me some feedback

This is so interesting!

I keep invertibrates and this here scratches the same itch (oh look! It layed an egg! Oh look! It produces pheromones now!). It was very interesting watching those critters live and evolve.

I ran my simulation for about 8 hours and got 2 kinds of pheromone producing bibites and some where about to evolve more complicated behavior. Sadly I encountered a bug and now I am not able to see the stats of individual bibites anymore. The windows  in the left upper corner just dont open anymore.

I tried closing and opening up the program as well as shutting down my pc, but it did not help. If I start a new simulation, everything works fine. Just the 8 hours simulation is now lost for me.

This is a shame, it was just starting to get realy interesting.

Talking about this, I am no programmer and dont know if this would be even possible without overburdening the system with data, but I am missing some more tools for showing and processing data.

I had some steep population drops in my first simulation and it would have been so intersting to know what caused it.

As I am running the simulation on the side, I was not able to pinpoint what caused it. A graph, showing me my population over time and a tool to look up which kinds of bibites had been present at any given point would have been awesome, but I guess this would be data overload as time and population progresses.

It feels like I am just missing interesting changes, as you would with running an experiment with real creatures, but because this is a simulation, having data you cant keep and process and that is just lost is a shame.

Anyway, this is such an interesting piece of software, I am so impressed and facinated.

I will show this a friend of mine, should be right up his alley. :)

for your own sake, ask your parents to get you an actual computer. not an apple product. a cheap windows laptop would be fine. kids are just not getting the same tech awareness that my generation was any more because of these tablets n shiz. you're gonna need to know how file directories and such work.

so dowload the game... from where do i enter to it?

i cant figure out how to save my progress

you should probably implement in-game save files

hit settings top right, save game
leads to a menu where u can name the save file
for 0.5 btw

Will you add android version? (if it is possible)

Is there an opotion that allows you to paint or upload your own bit parts like texture packs in minecraft?

If i have a problem how do i report it?

It's the best simulator of life 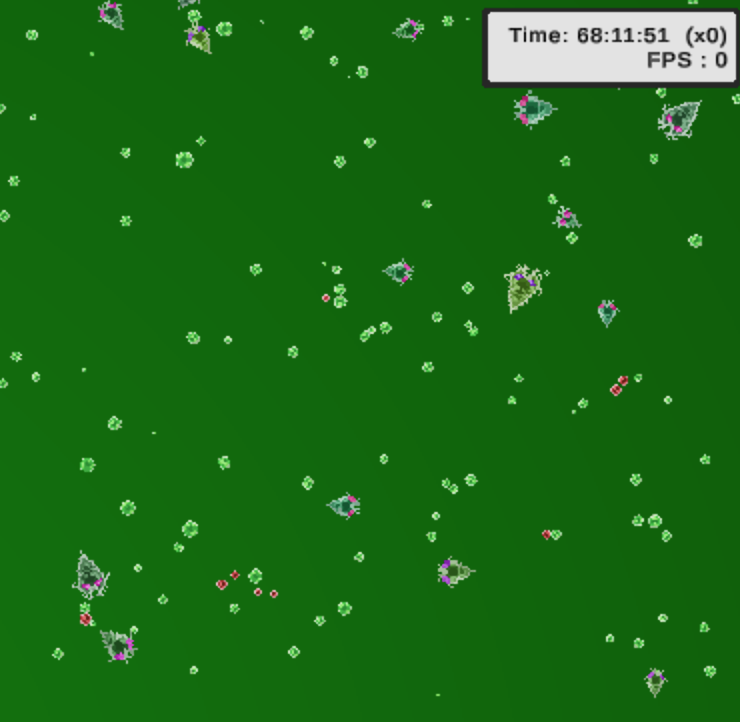 that dosn't really determine how good you computer is.

I wanted to know, will the Linux version also be compiled to Arm64 processors ? I'd really like to use this on my server but as of now I can't and am stuck with my 15yo 32bit pc :,)

Great game, recommended.
Even though there are bugs and uncompleted features, it is a decent and very interesting game.
Good luck on developing the game!

running on Ubuntu 20 I get a grey screen and cursor, but nothing else

same for me on steamdeck running steam os. Happened on v 3.0 and 4.2

I think we rly need some multi core optimizations. Program struggles a lot when there is a high birth rate bibite developed

hey this don't work on linux.

please fix if you can

I like the o & g binding to find oldest and highest generation respectfully, but would love to add more search features/ toggles between multiple bit bits of the same generation. Not sure how to support the development(as in offering my own time/skills to learn and implement)

I got to play it once but now its not letting me go on. not sure if its my computer or some sort of glitch but I'm getting a new computer today so we will see if it works then :). if this has happened to anyone else and they know how to solve it could you please help?

Is there a way to save the simulation?

i hope he adds in-game save files

When will neural netork editor be available?

my own thing is how do i use neural network editor

How do you download this on linux/chromebook? It will be very helpful if someone can tell me.

To fix the blue screen on Linux, run with the following parameter: -force-vulkan. Cheers.

Stuck on a dark blue screen immediately after running the executable, nothing seems to change even if I let it sit there for a while.

The game/sim looks quite interesting from what I've seen and read of it, well done!

Is this going to be on Android at some point?

I'm on mac Mojave. I open the game, and when loading it just stops at 50%

same, why does this happen?

You need to put the file into the applications folder. 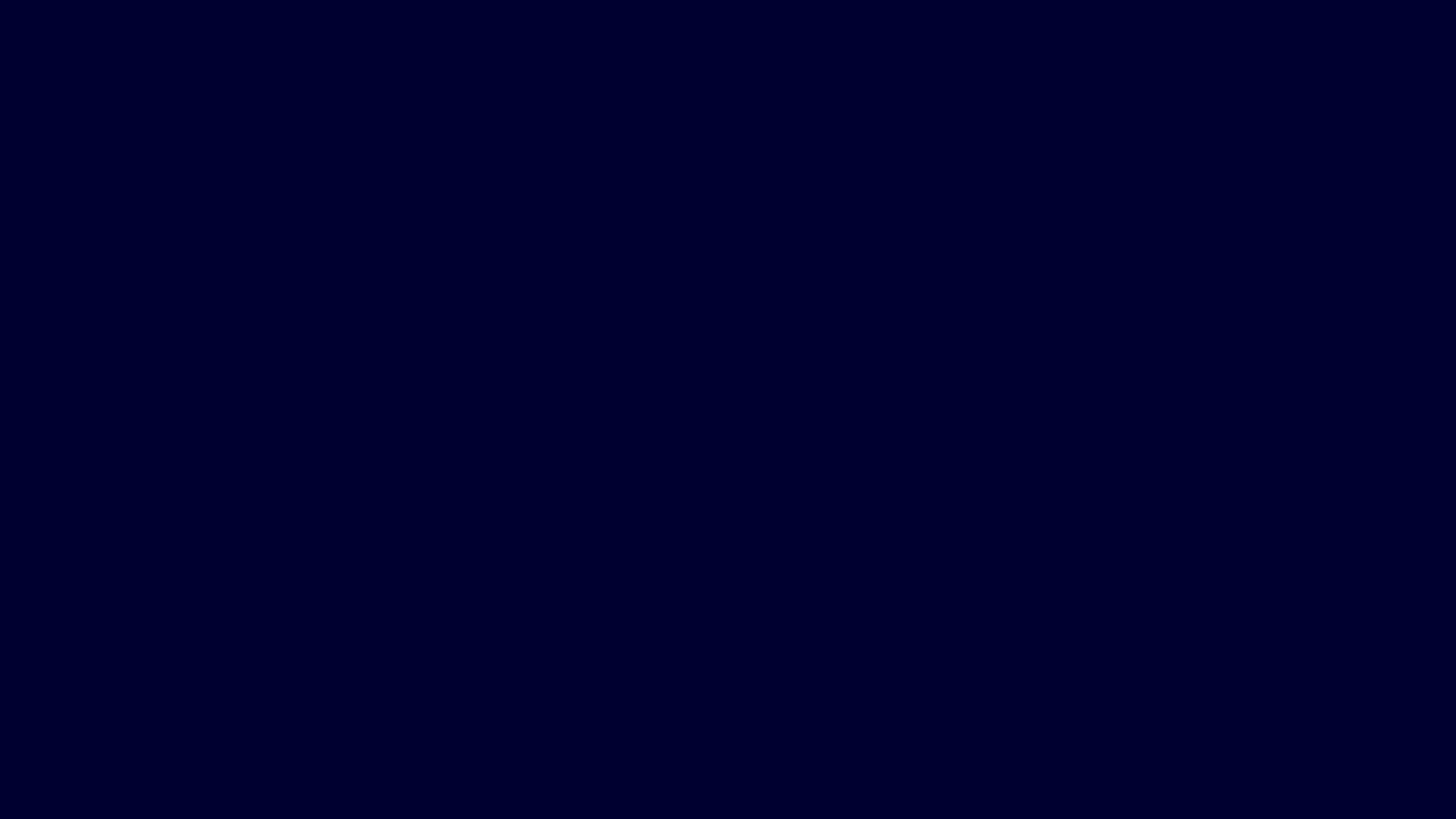 After the unity flash screen goes away it get's stuck on a dark blue screen.

Nothing at all, gotta alt f4 or tab out to close.

Add bodyplans and abylity to change them!!!!!!!! PLS

I'm having difficulties on macOS, the game hangs on 50%; any suggestion?

I am having the same issue

The game does not work on linux. There's just a dark blue screen after the unity splash screen.

As a fan of Framsticks, Artificial LIfe ENvironment, and AL:RE this is definitely on my watchlist. I love everything so far, and it runs quite well. Do you plan to allow creating Bibites through genetic programming?

Had this happen. Moved it to another folder location and it worked. Seems like it was a permissions error

i'll try it out! :D thanks for the reply

I tried to download it, sadly my Mac says it can't search for malware and the software needs to be updated to do that.

some of my bibites evolved to "herd" with individual prey, chasing it to eat its meat once it dies. I kind of think that the herding node is too advanced and powerful (it seems to completely overpower things like "pellet concentration angle"), it could have an internal neural network which can also evolve and change, or a better option would be to make it an input node like pellet concentration angle which would simply cause the bibite to accelerate towards its herd (but only when moving slower) if connected to the accelerate node, or turn towards its herd, if connected to the rotate node, this option could also come with making all input/output nodes also being able to be modifier nodes, allowing for strands like ""pellet concentration angle"-"herding"-"rotate"" which would cause the bibite to turn towards pellets by a value altered by how close/far said pellet is from the herd

Here's my idea to make bibites able to be just a bit better: memory, for example,  if they see a pellet somewhere but pass by it (and no longer see it). They could, with this adaptation, remember where it is anyway, acting as though they can see it even if it's out of view. A memorized thing would no longer need to be sensed to trigger something like "pellet concentration angle". This would all work through a "commit to memory" node, which would save the bibites location, direction, and everything it senses to a single memory slot, a "bite" if you will, but it would not need any extra nodes to call this info, instead, it would be called by the normal sensing nodes if nothing else is found. there would be a "memory" stat, which by default would be 0, and would control the number of "bites" a bibite can remember, and once a bibite fills its memory older memories are deleted. There could also be a node that would update/replace a memory slot, and another that would delete a memory slot. This memory system would save many splendid bibites from a lonely fate in the void.

I have a glitch with the latest windows version where no matter how much energy my bibites are getting they have a minimum energy loss. If they end up deep in the negative of energy consumption they still lose energy faster, but there seems to be a point (around 0.1 e/s) where it just doesnt lose less or gain any and all my bibites just die 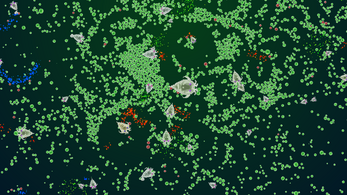 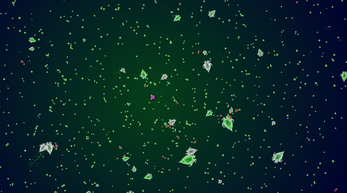 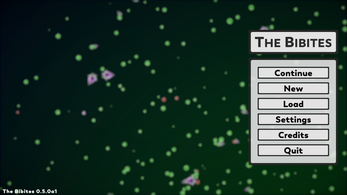